Hybrid Services at 10:30am Sundays

Our History and Our Home

The history of our church, and Unitarianism and Universalism in Melrose, stretches back to the 1800’s. 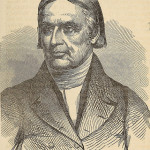 Universalist worship in Melrose began in the early 1800’s when a number of ministers, including Hosea Ballou, first President of Tufts College, gave sermons in a small schoolhouse on Lebanon Street. In 1849, sixteen individuals joined together to organize the first Universalist Parish in Melrose.

In 1848, Unitarianism made its first appearance in Melrose, as the result of a mission sponsored by the American Unitarian Association. Unfortunately, the mission apparently was unsuccessful and was given up after several months. It was almost twenty years later before further attempts were made.In July 1867, the Unitarian Congregation of Melrose was organized. 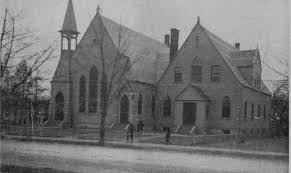 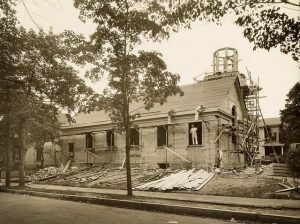 The steeple was topped with a beautiful lyre-and-plume design weather vane. A longtime Unitarian Congregation member, Union B. Twitchell, donated the weather vane, which for many 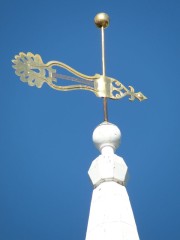 In the mid-1950’s, the minister’s study, the church office, and a large classroom on the basement level were added to the structure. In the mid-1960’s, another addition was created, and included expanded office space, multiple classrooms, a library, and a large attic storage area.

Both churches grew through the 1800’s – 1900’s. Following the merger of the Unitarian and Universalist national associations in 1961, it was in the fall of 1973 when a joint committee was formed to explore the possibility of the two congregations merging. The committee reported favorably to each congregation that a merger should be initiated. In May of 1974 the formal merger took place. The newly-merged “Melrose Unitarian Universalist Church” decided to continued to use the 1937 Unitarian church building, and sold the Universalist church building. 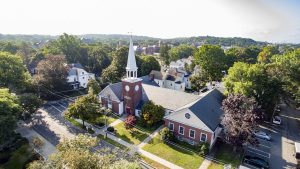 On the occasion of the 125th anniversary of the original Universalist Parish, which was celebrated just before the merger, the Reverend David B. Loomis reflected on the history of that church and expressed a sentiment which is still true in our congregation today: “We are a church, not of wood and brick, a church not built by hands, but with a loyal, sacrificing spirit of love and friendship and memories of staunch supporters.”

We are a church, not of wood and brick, a church not built by hands, but with a loyal, sacrificing spirit of love and friendship and memories of staunch supporters.