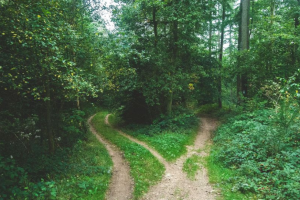 Mouth opening and closing, speechless at this brilliant moment, sky tearing apart in your heart.

An art of wordlessness opens up before me.

The open world lies ahead.

lighting the peaks of the mountains that loom above the road I follow.

Heart, open to the vastness of it all.

I am becoming infinite.

This feeling, this victorious cry in the void, this freedom bubbling up within,

is a feeling I cannot live without.

Without it, I am not truly living, but only breathing.

even in darkness I see it shining.

Even in storms, I see it flashing violently across the sky.

Even in the night, I see it faintly reflecting from the surface of a cratered rock floating millions of miles away.

I see it flicker at the edge of my vision.

It is freedom, and it is everywhere around me.

Awe and Wonder are my middle names.

Not long ago, my brother Rob and I texted the way we text sometimes, in one word sentences. There’s a connection we have that allows us to understand what the other is thinking or feeling with just one word. Sometimes it triggers a fit of laughter, other times it pulls at the heartstrings. One day, I sent him a photo of the CD I was about to put in the player. He started:

Some of you may have figured out that I was about to listen to John Denver. We played his live album, An Evening with John Denver, a lot when we were kids, and I listen to him now when I need to relax, relieve stress, or be comforted. It isn’t just nostalgia or his voice or his guitar-playing that grounds me; rather, it is the wonders of the world about which he sang — the mountains, the eagle, the ocean, the sunshine, and the country roads — that connect with me.

Yes, even the country roads. While he did sing about literal country roads that lead to places, I also like to consider them as a metaphor for those places where we find awe and wonder in both the ordinary and extraordinary as we travel through our lives.

Right now, my literal roads are in Melrose. I not only live here, in September I started working at the new art center in town. On most days, my commute is by foot. I pack a lunch, brew a cup of coffee, strap on my backpack, and walk to Main Street – I really love it. AND, figuratively, my country roads are here, too. One morning I stopped at a garden of six-foot tall sunflowers just down the street from my house. I’ve crunched and kicked leaves beneath my feet, got caught in a rain shower, listened to the birds’ morning song, and, after the time change, watched the sun set on my walk home.

As the poet writes, “Sun, brighter than bright, bigger than big, lighting the peaks of the mountains that loom above the road I follow.

Heart, open to the vastness of it all.”

That’s what I hope to always have – an open and appreciative heart. But it can be hard to be open to the vastness of it all when the journey is difficult. As we jump into the holiday season, we can think of one such difficult journey as told by Linus to Charlie Brown. Mary and Joseph traveled from Nazareth to Bethlehem as ordered by the Roman emperor to register for the census. According to an article on the Religion News Service’s website, clerics and religious scholars studied the gospel stories and the archeological history of the area and concluded that the weather across the Judean desert at the time of year when Mary and Joseph traveled, which is thought to be in March, would have seen temperatures in the 30s and rain during the day, and dropping below freezing at night. There was also the threat of bears, wild boars, and lions that inhabited the heavily forested valley of the Jordan River. Mary and Joseph traveled ninety-miles on foot and a donkey, through desert and forest, most likely cold, tired, wet, and weary, and they ended up…in a stable.

Most times, we are fortunate enough to have a choice of which way we want to go. Think of Robert Frost’s metaphorical poem,“The Road Not Taken,” which the choir sang so beautifully. In it, a traveler, while out walking, comes to a spot where two roads diverged in the woods, and they have to decide whether to take the road that is more worn, or the other one that is “grassy and wanted wear.” They chose the less-traveled one, which the speaker claims, “has made all the difference.”

The poem was written about Frost’s friend and walking companion, the English-Welsh poet Edward Thomas, who often pondered during their walks if his life was going in the right direction. It has become one of the most-analyzed and most-beloved poems in America, and I suppose that is because the metaphorical nature of the poem is so relatable. Am I going the right way?

Roads diverged, and they took the less-traveled one. And that’s a good thing, because the other road was Route 1.

It feels like that sometimes, doesn’t it? Confusion. Impatience. Insecurity. Annoyance. Doubt. Anger.

Why is there so much traffic at 11:15 on a Tuesday morning?

Do I take Essex Street or Main Street to get to the Kowloon?

If I put on my blinker now, that person waiting to pull out from Dunkins might think I’m pulling into Dunkins when I’m really taking the Lynn Fells Parkway exit.

Diverging roads also can be difficult and scary, and not just the literal ones. For example,

Should you look for a new job or see if you can change things where you are?

Do you want to spend the holidays with family who can be difficult and demanding because it is the holidays and they are family, or do you visit friends who have opened their hearts and homes to you?

Which do you buy with your paycheck, food or medicine?

The choices can be difficult, even when they shouldn’t be.

“Even when hidden under blankets and locked away in a screaming noise-filled pitch-black cupboard I see it flicker at the edge of my vision.”

A flicker at the edge of your vision. A glimpse of wonder. A flash of awe.

Now I would be remiss if I didn’t mention another famous quote about roads: when you come to a fork in the road, take it. That was Yogi Berra, and as is usual about his quotes, it is a bit nonsensical. Or is it? Maybe it was his way of saying, “Don’t just stand there, do something.”

And I agree. Don’t just stand there. Go out and look for awe and wonder in both the ordinary and the extraordinary; travel your country roads with intention; and be open to the vastness of it all.

Amen and Blessed Be.