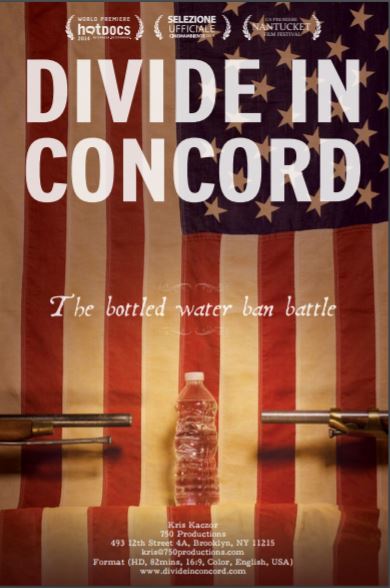 “Divide in Concord” is the entertaining tale of the battle of banning bottled water in small town America. The year was 1775 in Concord, Massachusetts, when colonists fired the infamous ‘shot heard round the world’ that began the American Revolution.

And now, the spirit of revolution has returned to town.

Jean Hill, a fiery 84-year-old widow presents a bylaw to ban the sale of single-serve plastic bottles at a Town Meeting. If enacted, the law would be the first of its kind in the world.  But all are not in agreement with the ban. From the town that began America and Environmentalism, springs a new Revolution.

Free and open to the public. For more information about the film, click HERE.