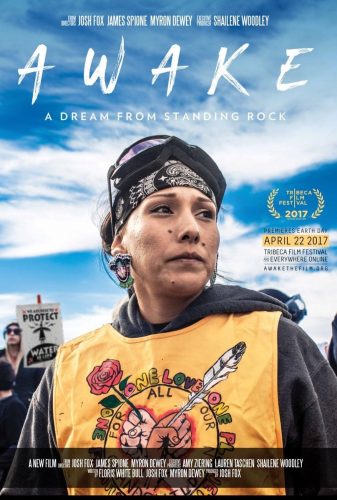 The film tells the dramatic story of the historic native-led peaceful resistance at the Standing Rock Sioux Reservation in North Dakota, which captured the world’s attention as one of the biggest stories of 2016. Tens of thousands of activists traveled to North Dakota from all over the world to take a stand in the fight for clean water, our environment and the future of the planet, alongside the “water protectors” – activists opposing construction of the 3.7 billion dollar Dakota Access Pipeline (DAPL). The pipeline is proposed to transport fracked oil from North Dakota’s Bakken oil fields directly underneath the Missouri River on sovereign Lakota land, the only water source for the Standing Rock reservation and the drinking water source for 17 million Americans downstream.

All movies are FREE and Open to the Public