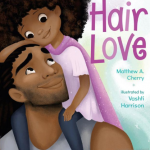 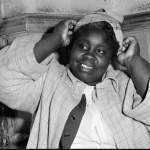 In 1955, after Rosa Parks was arrested for not giving up her seat on a bus in Montgomery, Alabama, Rev. Dr. Martin Luther King, Jr. held a community meeting, attended by over 5000 people, including a woman named Miss Georgia Gilmore. At that meeting, the Montgomery Bus Boycott began. She sensed a movement was afoot. She was right.

Miss Gilmore had had her own run-in with the Montgomery buses. One day, she had paid her fare when the bus driver yelled at her to go outside and enter the bus through the back door. Angry, she nevertheless complied, and exited the bus. Before she could get into the back door, however, the driver shut the doors and took off. She vowed then and there to never ride that bus again.

Miss Gilmore, a single mother of 6 and a fantastic cook who worked at a cafeteria, organized an underground network of black women who cooked pound cakes, sweet potato pies, chicken sandwiches, and more, and sold them in beauty shops, barber shops, bus boycott meetings, and even door-to-door. The profits would be for the cars used in a network of pick-up and drop-off spots for people to use instead of the buses.

She named the group the Club from Nowhere. Many of the women who cooked with her, worked for white people – this was a way to protect their anonymity and their jobs. If asked where the money came from, Miss Gilmore could honestly say “Nowhere!”. Her group raised more money for the bus boycott than any other; in today’s money, about $75,000 in one year.

When Rev. King was brought to trial because of the boycott, she in testified in his defense. She recalled her own experience with the bus driver. As a result, the U.S. Supreme Court struck down bus segregation laws. The boycott had lasted 381 days. Also due to her testimony, Miss Gilmore was fired from her job.

Rev. King lived only a couple of blocks away from Miss Gilmore. A regular guest at her house for years, upon hearing that she had been fired, he provided the financial backing to help her transform her home into a restaurant – she was a cook, after all. Her home became a microcosm of what integration should look like. Her guests included Rev. King, Bobby Kennedy, Lyndon Johnson, and later even Governor Wallace ate at Miss Gilmore’s. She called him “Guvs.”

On March 1990, on the 25th anniversary of the civil rights march from Selma, people were in Montgomery commemorating the event. That morning, Miss Gilmore did what she always did – woke up early to cook food to feed the people. That anniversary day, at age 70, she died while cooking macaroni and cheese, still using food to fuel social change. Her family served that food to the commemorators, in her honor.

“Her kitchen became a locus for change,” writes John Edge, Director of the Southern Foodways Alliance, from the University of Mississippi. He said “I think whether they’re aware of Georgia Gilmore’s story or not, people of color who do that work now and call themselves food activists – the best of them are the inheritors of the pragmatic boldness of Georgia Gilmore.”

Today, to celebrate her boldness and her bravery, and what would have been her 100th birthday on February 5th, we can all enjoy a piece of pound cake during coffee hour. Also you have an insert in your order of service with more information about Miss Gilmore and how food has been used to fueled social change.

Miss Georgia Gilmore was an American hero. Her story IS American history. 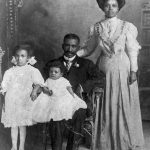 North Carolina in 1898 was a modest success in integration. As many of you know, decades before, only a few years after the Civil War, former Confederate leaders had stopped Reconstruction and replaced Republican leadership with white supremacists.  But more recently, economic hardship caused by Democratic policies had brought together black residents with poor whites and resulted in the creation of a Fusionist party that took over the North Carolina legislature in 1896, reversed the racist laws put in place by Democrats, and resulted in many black legislators at the state, county, and city levels. Wilmington, the state’s largest city, was a model. As David Zucchino writes in Wilmington’s Lie: 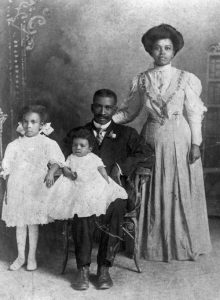 “By 1897, Wilmington had a Fusionist mayor and police chief, and Fusionists dominated city and county government. … black men took over positions previously held by whites in Wilmington as aldermen, magistrates, deputy sheriffs, police officers, and registers of deeds. … Three of the city’s ten aldermen were black, as were ten of twenty-six city policemen. There were black health inspectors, a black superintendent of streets, and … many … black postmasters and magistrates. White men could be arrested by black policemen and, in some cases, were even obliged to appear before a black magistrate in court.”

But it did not last.  The election of 1898 also saw the culmination of a long-simmering, long-planned backlash from the white supremacist residents of North Carolina.  Election day (November 8) was tense. Black residents were urged to stay home to avoid violence – but nonetheless attended the polls, going early in the day. That evening, white supremacists invaded poll counting rooms and stuffed the ballot boxes; the Fifth Precinct of the First Ward, where 313 blacks and 30 whites had registered, saw so much ballot stuffing that in the final count the Democratic candidate had received 456 votes—113 more than the total number of registered voters in the precinct.

Across the state, intimidation did its job; fewer than half of the state’s roughly one hundred thousand eligible black voters were able to vote.  The Democratic Party won.

An estimated 1500 white supremacists marched to the building of the city’s black-owned newspaper, the Record.  The workers had fled, so they poured kerosene and set fire to the building.

Armed white men roamed the streets, shooting black men who were standing in groups, or alone, or going to their homes or work, or running to get away.  Estimates are that sixty black people or more were killed that day.

David Zucchino writes, “Black corpses were left where they had fallen, “stretched on their backs with their eyes open as a warning to other blacks,” as one witness wrote.”

Hundreds of black people fled into the swamps. Some who stayed were banished by the new government.  Black government officials, and Fusionist whites, were forced to resign.

And Wilmington was returned to white supremacist rule.

The Wilmington coup marked a turning point in the South.  The success of the coup, with no punishment at the state or federal levels, signaled to Southern white supremacists that they could use the same tactics as often as necessary to “redeem” the South – that is, return it to white supremacist hands.

No former Confederate state would have a black Congressional representative or Senator until 1972: Andrew Young in Georgia and Barbara Jordan in Texas.

While this was one of the worst examples of a catastrophic loss for African Americans, there are far more — too many to list here.

Today, racist outrages great and small continue to abound. In employment, resumes differing only in the name (AA or “white-sounding”) get radically different responses; in housing, similar stories still occur, even now. Experiments using carefully matched participants have documented strong evidence of discrimination in the context of employment, housing searches, car sales, applications for insurance, home mortgages, the provision of medical care, and even in hailing taxis, as Barack Obama once mentioned during his first presidential campaign.

How does a community survive, and even thrive, in the face of so many obstacles? How does the AA community stay resilient?

One way the black community has responded is by creating its own institutions.  After the American Revolution, black parishioners faced discrimination in white Methodist churches, being forced to sit in a separate section, or in the case of St; George’s Methodist Episcopal Church, being pulled off their knees while praying. In 1816 they founded the African Methodist Episcopal church, or AME. It was started by the Rt. Rev. Richard Allen in Philadelphia, and continues to this day.  As a space they could call their own, the AME is a foundational pillar of black American society. It is not the only AA church denomination, but it is the largest and best known. Often, African-American churches are second only to the family in social life.

Music also plays an important role.  As a Zimbabwean quote says, “if you can talk, you can sing; if you can walk, you can dance.”  I’m sure many of you know the story of the songs of freedom enslaved Africans would sing, like “Follow the Drinking Gourd.” Whether or not it was really used to remind runaway slaves of their passage to freedom, the song continued to inspire African Americans as they seek solace from the racism of their environment.

Another famous song of determination was “We Shall Overcome”.  As folk music writer Kim Ruehl explains, the melody is from before the Civil War, from a song called “No More Auction Block For Me.” The lyric was originally “I’ll overcome someday,” from a turn-of-the-20th-century hymn that was written by the Reverend Charles Tindley of Philadelphia.  It was adapted for use by tobacco factory strikers, black and white, in 1946, becoming the collective “we shall overcome”. A year later, Pete Seeger heard the song, and the rest is folk music history.

Another form of resilience is racial identity.  A study of young black adults found that when faced with racism, they were better able to cope when they had a greater sense of racial identity, receiving positive messages from their family and church such as “You should be proud to be Black” and “Knowing African culture is important” – along with understanding the history of Africans in America, from slavery on.

In the area of health, there is an interesting contrast. Shervin Assari, Assistant Professor of Psychiatry and Public Health, University of Michigan, writes that “although black Americans are at higher risk of most chronic medical conditions, such as hypertension, obesity, heart disease, stroke and cancer than other racial and ethnic groups, research suggests minority groups in the U.S. tend to be better off in terms of mental health than white Americans. Depression, anxiety and suicide, for instance, are more common among white Americans than black Americans.

It seems that vulnerability is a cost of privilege, and resilience comes as a result of adversity.”

When you have learned that you always have to keep fighting, that the battles never end, you become hardened to the struggle. The website of the Center for American Progress has a video of African-American women reacting to Trump’s first year in office, saying “We are resilient. For generations, we have fought tirelessly for progress, and we are armed with that experience. We are not going to give up now. We will take to the streets to protest. We will hold our representatives accountable.This is not our first fight. We have been sidelined, jailed, and bloodied before. We are relentless.  When you try to push us down, we rise. It is in our blood to forge ahead, to fight back. We are persistent. We are consistent. We are resilient.”

Wilmington did create an 1898 Memorial Park, with an inscription that minces no words, describing the well-planned racist attacks of white supremacists and their role in restoring white supremacy.  And a state historical marker honestly labels the events of 1898 as the Wilmington Coup.

Thus there is finally recognition of the atrocities of 1898.

And the Rev. William Barber is recreating the Fusion party in North Carolina. His book The Third Reconstruction gives an account of his efforts.

There are times when it doesn’t seem like enough. But sometimes it is what white people are willing to admit to.  With time and intention, more will happen. The resilience of the AA community will see to it. Let us do whatever we can to help bend the moral arc towards justice.